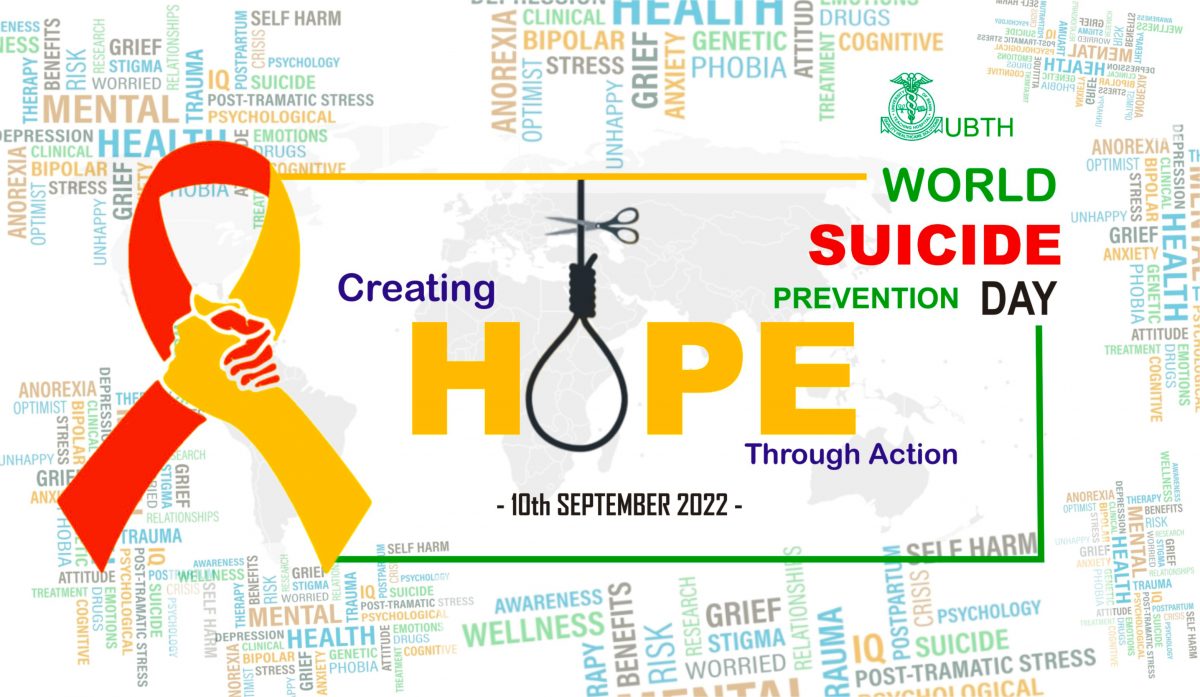 The 10th of September each year is globally recognized as World Suicide Prevention Day. This event represents a global commitment to focus attention on suicide prevention and raise awareness about mental health issues, giving a singular message that suicide can be prevented.

Suicide is a major preventable cause of premature death, which is influenced by psychosocial, cultural and environmental risk factors that can be prevented through worldwide responses that address these main risk factors. It is a growing public health problem and the leading cause of death for people aged 15-29 years. The World Health Organization (WHO) estimates that more than 700,000 people die due to suicide each year, and almost 77% of all global suicides occur in low and middle income countries. For every suicide, there are many more who attempts suicide or have suicidal ideation.

This year’s theme is ‘Creating hope through action’. The theme reflects the need for collective action to address this urgent public health issue.  All of us, healthcare professionals, community members, religious leaders, media practitioners, political officials and governments can take action to prevent suicide.

This theme is a reminder that there is an alternative to suicide and aims to inspire confidence and light in all of us. By creating hope through action, we can signal to people experiencing suicidal thoughts that there is hope and that we care and want to support them. Building on this theme, we can all play a role in supporting those experiencing suicidal crisis or those bereaved by suicide. We can all create hope through action and be the light.

To help someone who is feeling suicidal, be a good listener, be empathetic, non-judgmental and encourage him or her to see a mental health physician. The mental health department of UBTH has Suicidology/Suicide Prevention Clinic, which holds every Thursday at COPD under Prof K.O Akhigbe and Dr K.O Oderinde.

Together, let our actions create hope for all.

previousADMISSION INTO COLLEGE OF NURSING FOR THE AWARD OF ND/HND