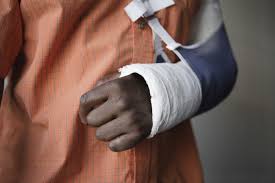 The university of Benin Teaching Hospital, constituted by edit in 1972, was functionally opened in February in 1973, since then it has been, and as of now is still the main teaching and tertiary referral Medical centre in Edo State with a catchment area that extends beyond the state to the neighboring Delta, Ondo and Kogi States as well as across the Niger. Thus the O&T unit, like other specialist units and departments in the hospital has for many years been receiving and treating referral patients from all over this part of the country. In addition the unit has continue to contribute to the programmes of the many training Schools in the hospital, including nursing, post-basic nursing and dental as well as of course the medical school.

From its inception the department was fortunate to have been supplied with an enviable array of standard orthopaedic instruments and equipments, which were augmented from time to time over the years through the efforts of the Hospital management and department staff. These facilities has made it possible for the unit to provide adequate management for the wide spectrum of O&T cases at outpatient and inpatient levels, and particularly operative surgical care, this obviously form a sound bases for both undergraduate and post graduate training.

Currently the department enjoys an ultra modern bay system ward at the new A& E complex with 30 beds each for male and female patients respectively. Added to this, new office space have also been completed and allocated to house the new Orthopaedics and Traumatology Department.

A seminar library room is under construction directly annexed to the office and in close proximity to the ward to facilitate and ease training of residence. At present the units share the seminar room in the pediatric surgical ward.

Still within A&E complex a purpose built theatre is nearing completion and is equipped with C-arm and fracture table to augment the existing theatres currently in use:

In area of A&E the University of Benin and the University of Benin Teaching Hospital for decades recognized the great trauma load to our hospital because of the strategic location of Benin as a transit town between the North east and Western parts of the country. It was in recognition of this need that the UBTH Trauma Centre was developed in the 1970s. It was the same needs that lead to the sponsorship of Dr. Iribhogbe P.E (FWACS in General Surgery 1998) to undergo one year added training in Trauma and critical care at Liverpool Hospital in Sydney, Australia in 2004 – 2005 under the auspices of Royal Australian College of surgeons. So as it is the UBTH is head of the current level of trauma care in the sub-region.

In our trauma unit (Accident and Emergency) surgery there is a consultant led standing trauma team (24 hours) consisting of the following:

A The procedure Nurse

B The Airway Nurse

This team carries out the initial resuscitation of all severely injured training patients according to Advanced Trauma Life Support (ATLS) principles and thereafter involves or as the case maybe makes appropriate referrals to relevant subspecialties, such as neurosurgery, plastic, orthopaedics, cardiothoracic or maxillofacial Surgery.

A purpose built Plaster Room situated adjacent the triage floor of the A&E gives ready and prompt efficient services to casualties needing splinting or other Orthopaedic manipulative interventions. It is manned by 12 plaster technicians over 24 hours on rotational basis. Orthopaedic Diagnosis and three surgeries including prosthetic knee replacement surgery are envisaged to commence shortly to enhance the scope of qualitative service to the people as well as enrich post graduate training.

The outpatient clinic holds every Thursday in the surgical outpatient clinic with an every clinic attendance of thirty five patients. The clinic attends to all patients requiring management input from the unit as well as those requiring some form of surgical reconstruction for congenial or acquired defects / deformities. The clinic is attended by consultant staff residents, physiotherapist, medical students, basic and post basic nursing students. A separate chronic ulcer / wound clinic is being proposed to cater for the specific needs of these group of patients.

The pediatric patients are presently admitted into the pediatric surgery surgery facility in ward B3. These include patients admitted for correction of congenial deformities / defects, traumatic and infective lesions and children with burns. A reverse isolation facility is available in this ward. Adult patients are similarly admitted alongside other patients in the Department of Orthopedics and Traumatology occasionally with a spill over into other surgical wards. The units are often required to make input to the management of patients in several other units of the hospital.

Patients with burns requiring hospitalization are usually seen in the burns bay in the Accident and Emergency unit where initial resuscitation and wound management are usually carried out by the Trauma and plastic surgery Residents. There is an established management protocol and guideline in use at the unit; they are then admitted to the general care unit, the burns bay in the department of orthopaedics and trauma ward or the pediatric surgical ward. The burns bay has facility for the management of eight burns patients. Patients well recovered are sometimes stepped down into the general ward to create more space when needed.

A purpose built burns intensive care unit is under construction, when completed it is expected to be available for the management of six highly dependent patients. A burns isolation facility with capacity of 20 patients is also under construction. There are burns specialty nurses who have been trained. Training programs are also being developed to build capacity. Physical and rehabilitation specialists are involved early in the management. Other relevant specialties are also invited as needed. A burns focused multispecialty team is to be developed in line with current management standards.

comprises several specialist units of general surgery, gastroenterology, pediatric surgery, urology, cardiothoraue surgery and E.N.T. these units adequately prepare students for FWACS eligibility towards the part one fellowship examination. The department has just been reaccredited for the next five years by the faculty board of surgery of the college.

The department is well staffed with experience radiologist consultant and senior radiographers and equipped for routine arrays, contrast studies ultrasound and C.T scan.

The pathology division with its four departments is well equipped and staffed and offers the full range of laboratory services to cope with large work load of the busy referral hospital. Its holds current accreditation from the two post graduate colleges

There is a well stocked medical sub-library in the new college of medical sciences complex with a sizeable collection of Orthopaedic & Trauma text-books as well as journals.