Notice: Trying to access array offset on value of type bool in /home/customer/www/ubth.org/public_html/wp-content/themes/medicare/single.php on line 134 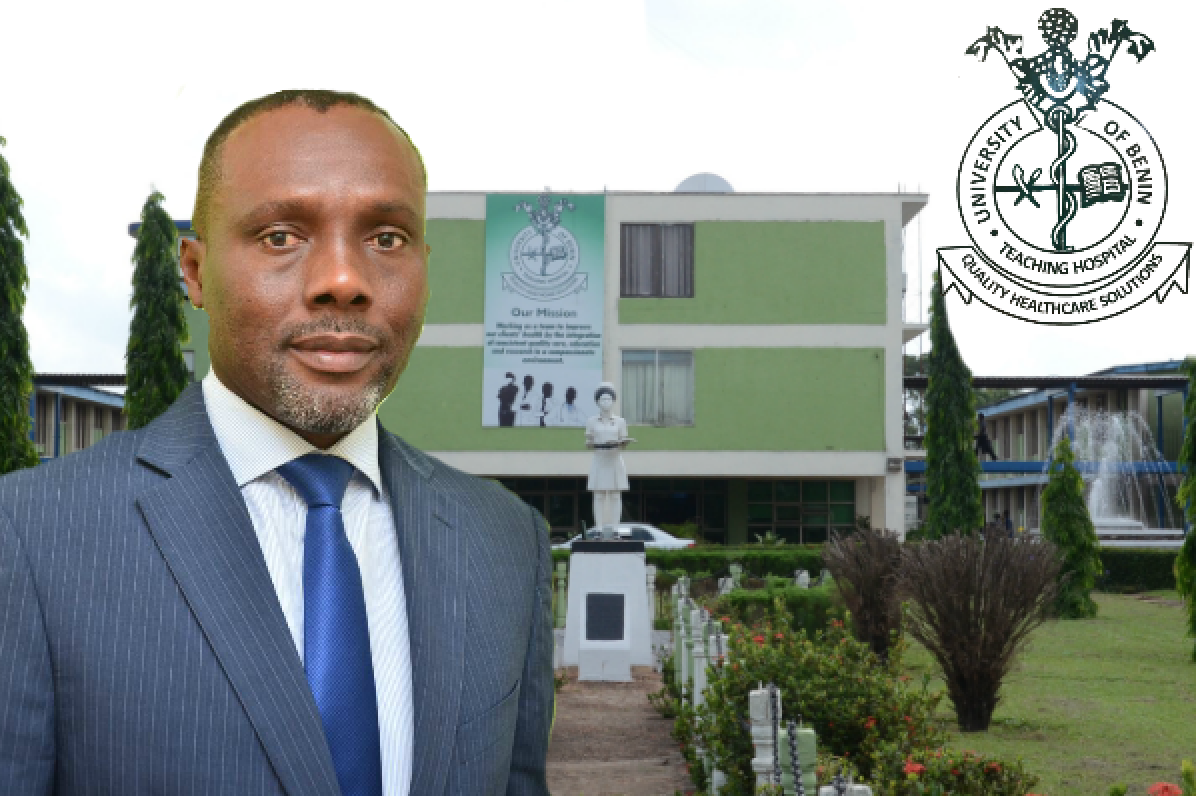 Prof. Darlington Ewaen Obaseki was appointed as the substantive Chief Medical Director of the University of Benin Teaching Hospital by the Federal Government.

In a letter signed by the Hon. Minister of Health, Prof. Isaac Adewole, the appointment which is for an initial term of four years took effect on 17th August, 2017.

Prof. Obaseki, a Consultant Pathologist, was born in 1968. He attended Asoro Grammar School and the University of Benin, both in Benin City where he bagged his M.B.BS. He is a fellow of the West African College of pathologists. Prior to his appointment as Chief Medical Director, he has held various positions including Head, Department of Morbid Anatomy, Coordinator, University of Benin Cancer Registry, Assistant Secretary, Medical and Dental Consultants Association of Nigeria, UBTH, Director, Cancer Registry, UBTH, Special Adviser on sports, School of Medicine, University of Benin, Deputy Chairman, Medical Advisory Committee and Ag. Chairman, Medical Advisory Committee.

Prof. Obaseki has numerous academic publications both in local and international journals, members of learned societies including Nigeria Medical Medicine Association, Medical, and Dental Consultants Association of Nigeria, Society of Gastroenterology and pathology of Nigeria West Africa Division of the International Association of Pathologist as society of cancer research of Nigeria. He was, until his appointment, the Ag. Chief Medical Director of the hospital.