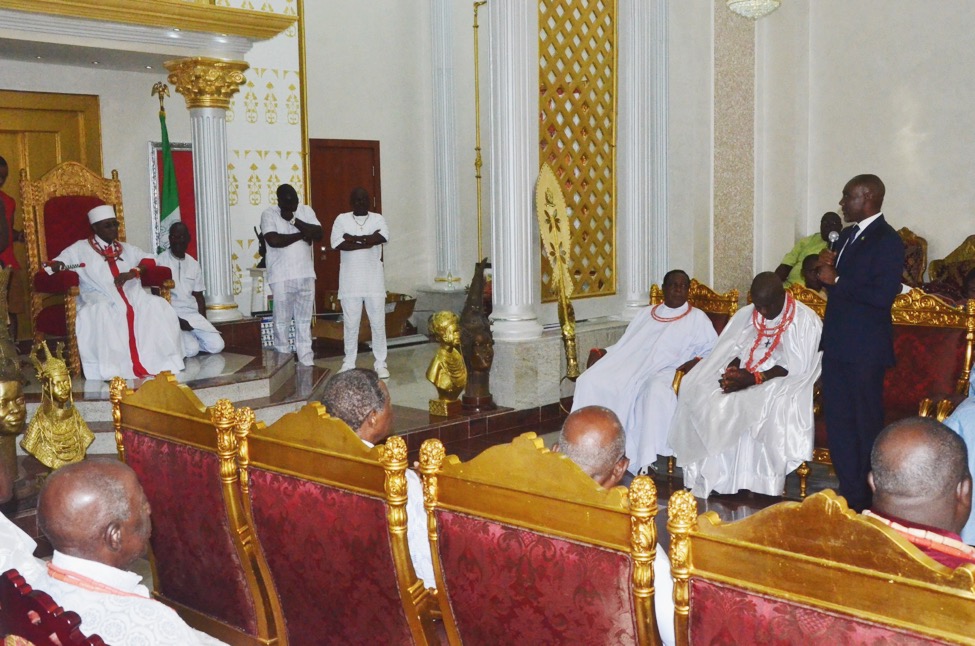 The CMD, Prof. D. E. Obaseki addressing His Royal Majesty and palace Chiefs during the visit.

The Management team of the University of Benin Teaching Hospital led by the Chief Medical Director, Professor Darlington Ewaen Obaseki paid a courtesy visit on the Oba of Benin, His Royal Majesty, Omo n’oba n’edo Uku Akpolokpolo, Oba Ewuare II in his palace.

Speaking at the occasion, Professor Obaseki said they were in the palace to inform His Majesty of his appointment as the Chief Medical Director, introduce other members of his management team as well as to seek His Royal blessings in discharging their responsibility of providing care to the people.

Welcoming the management team, Oba Ewuare II congratulated the Chief Medical Director on his appointment and urged him to do everything within his power to ensure that the incessant strikes by health care providers is brought to the barest minimum as they do not benefit anybody. He enjoined other members of the UBTH Management to give the Chief Medical Director their maximum support to enable him improve on the successes so far recorded in the hospital.