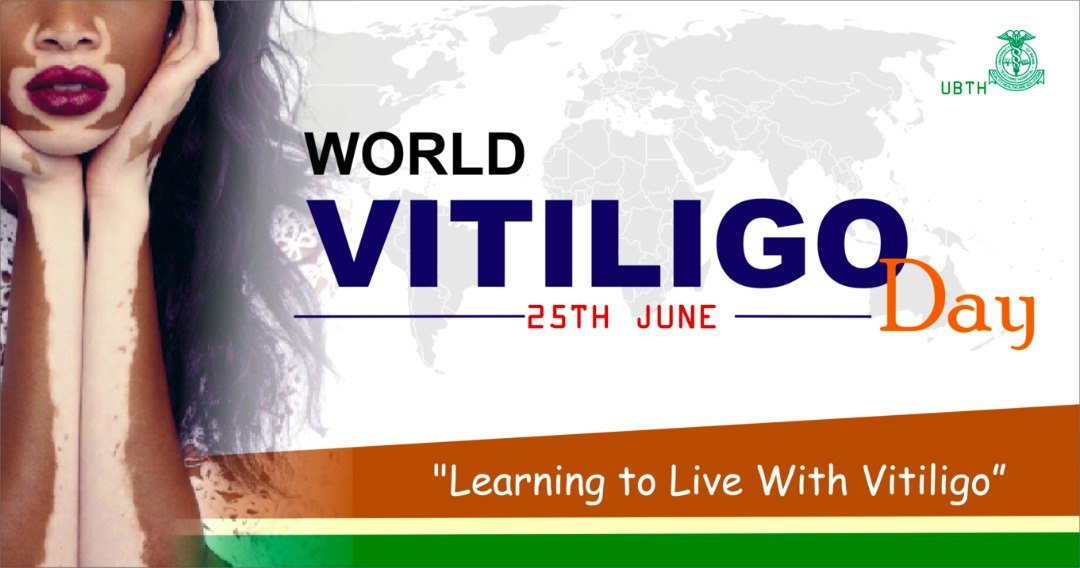 Vitiligo is an acquired disorder of pigmentation affecting about 1-2 percent of the general population. In our study in UBTH in 2021,we noted a prevalence of 3.2%.

This disorder is characterized by whitish discoloration of the skin (depigmentation).
The cause is not exactly known but it is suspected to be triggered by an autoimmune destruction of the melanocytes (pigment producing cells in the skin).

Early detection is mandatory for prompt commencement of management so as to have good treatment outcome.

There Is no way to prevent it but limiting sun exposure will protect the damaged depigmented skin from sun induced skin cancers.

We encourage medical personnel and the general public to promptly refer suspected cases to the Dermatologists as this condition can be managed with a positive outcome especially when treatment is commenced early.